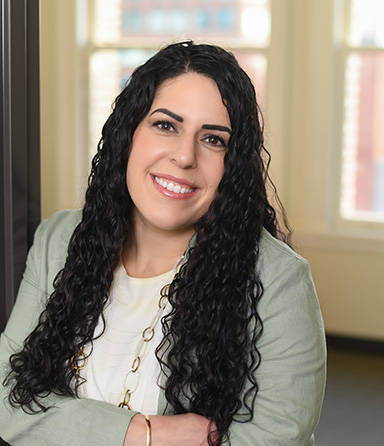 Myah Kehoe is one of the founding partners of Kehoe Moneyhun Law, LLC. She is a trained mediator and collaborative divorce attorney who is licensed in Oregon and Washington.

Ms. Kehoe went to college at the University of California, Santa Cruz. After graduating, Ms. Kehoe moved to Oregon and began law school at Willamette University in Salem. She graduated from law school in 2007.

Prior to and during law school, Ms. Kehoe worked for various law practices. Throughout this work, she was afforded many opportunities to draft legal documents. As a law student, she earned a certificate in “Alternative Dispute Resolution”, which included her first mediation training. During her last year of law school, Ms. Kehoe also worked for Willamette University’s Clinical Law Program, in which she tried real custody cases and successfully argued on behalf of a domestic violence survivor at the Oregon Court of Appeals.

Following law school, Ms. Kehoe worked at Multnomah County Courthouse for a year and a half. During the first year, she was a Family Law Facilitator and Clerk. These positions allowed Ms. Kehoe to help unrepresented litigants prepare and file their own legal paperwork. Her final six months working at the courthouse, she was promoted to a Judicial Clerk position, in which she assisted all ten of the family law judges in Multnomah County.

In December 2008, Ms. Kehoe opened the doors to her law firm and has been running a successful family law practice since. The firm primarily focuses on family law mediation, collaborative divorce, document review, and self-represented “pro se” assistance (also known as “unbundled services”) and began offering services to Washington State residents in 2019.

Ms. Kehoe lives in SW Washington with her husband, kids, and dog.

May 2010: Going Solo Workshop for Willamette University, College of Law